Peggy Sullivan is the founder and CEO of SheCAN!, an organization dedicated to the personal and professional development of women. Inspired by her father’s penchant for self-development. Daily, her father would tell her “Toots, a day without learning is a lost opportunity”. When her father passed, he left money to Peggy which she used to start the SheKahn Foundation in 2018. SheCAN! blossomed from that, and today has helped countless women become the best versions of themselves. Like how her father encouraged Peggy throughout her life, she’s passing this blessing on to help other women like her. Peggy Sullivan is the founder and CEO of SheCAN!, an organization dedicated to the personal and professional development of women. Inspired by her father’s penchant for self-development. Daily, her father would tell her “Toots, a day without learning is a lost opportunity”. When her father passed, he left money to Peggy which she used to start the SheKahn Foundation in 2018. SheCAN! blossomed from that, and today has helped countless women become the best versions of themselves. Like how her father encouraged Peggy throughout her life, she’s passing this blessing on to help other women like her.

Peggy approached Publicity For Good with the goal of enhancing the visibility and recognizability of Peggy Sullivan, her book and SheCAN! through concentrated content, promotion, news releases and other various publicity efforts. Peggy also wanted us to educate the public about her book and workbook about the benefits of her “Three Legged Stool” approach to happiness. Publicity For Good was also tasked to make people aware of her “Happiness Is Your Responsibility” approach to life that aligns with her vision of growth for her community. Furthermore, we were tasked with expanding awareness for Peggy’s vision and her various resources to increase her notoriety and credibility in her space and so businesses and companies can profess interest in using Peggy’s resources and experience for speaking engagements.

We outlined the following objectives for Peggy Sullivan and SheCAN! in order to achieve our intended goals. We aimed to secure interview features with publications that align with Peggy’s demographic. We wanted to secure features in top lifestyle and business publications that discuss Peggy and her book. We also wanted to secure partnerships and features with top digital outlets. We also hope that through these various efforts, we’d be able to secure interest in Peggy for speaking engagements. Naturally, we’d also public press releases around key dates, appearances and other relevant events related to Peggy’s organization and mission.  We also aimed to increase her credibility and likability by publishing content on LinkedIn.

Publicity For Good’s approach to Peggy’s campaign mainly utilized the use of print and televised media, book reviews and feedback, professional articles and interviews in order to raise Peggy’s notoriety and credibility as an expert in women’s professional and personal development. We also ensured that we accelerated our efforts during key awareness periods and events related to Peggy and SheCAN!.

Throughout Publicity For Good’s campaign, Publicity For Good was able to accumulate a total of 56 media mentions and had 11% of the share of voice in her industry. We were also able to secure a total of 88 media opportunities for Peggy Sullivan and SheCAN!, 54 of which are already live, 10 are waiting to go live and 3 of which are already scheduled. In total, we were able to generate a reach of over 1.8 billion media impressions across a variety of digital and traditional media outlets. We were able to secure opportunities with major and minor outlets such as Yahoo!, Authority Magazine, Metro, Bloomberg Businessweek, FOX  Business Network, AARP, KFRG-FM, FOX 13, ABC Radio, Before It’s News, Digital Journal, KATU TV, Fresh Living – KUTV-TV, News Channel 8 WFLA, and Elephant Journal among several others. In total, our publicity value summed up to a sizable $18.32 million.

All in all, our Publicity For Good’s campaign with SheCAN! and Peggy Sullivan proved to be quite a success in branding Peggy as a dominant thought leader and expert in the field of personal and professional development. Many of our targeted media outlets were right on spot with the nature of her brand’s mission and aligned with our intended goals. "At SheCAN they lead with the mantra of Grow, Thrive and find your vibe. Founded by seasoned executive, multi-awarded leader, and keynote speaker, Peggy Sullivan, SheCAN!, is a nonprofit organization that utilizes community, continuous learning, and coaching to help women grow personally and professionally–shaping them to become effective, brave leaders. SheCAN has a proven track record of helping female entrepreneurs better manage their businesses while connecting them with individuals who are able to provide various forms of assistance. On its website, the organization flaunts testimonies from members who have experienced all the benefits of being part of this organization."

"Women’s Leadership Speaker, Mindset Expert and Founder of SheCAN, Peggy Sullivan joins Gayle Guyardo the host of the nationally syndicated health and wellness show Bloom, to share the formula of the happiness tripod and how it can help you pump up your personal energy."

"You have far more control over your happiness than you think. Peggy Sullivan, author of the new book "Happiness is Your Responsibility", joined us to share how to create more positivity in your life. She says happiness is a muscle! The more you flex your happiness muscle, the stronger it gets. We can all learn how to flex our happiness muscle. When we do that muscle gets bigger and more capable."

"For too long, women have viewed themselves as competition in the workspace and in everyday life. I have always been an innovator of sorts and thought women should collaborate more. Today, my non-profit SheCAN! is all about giving women the tools they need to grow, thrive, and find their vibe. My work to help others, especially women, is what my soul wants to do. I help women show up as better versions of themselves in all areas of their lives, from being mothers, to their work or business, to who they are as individuals. It is truly a gift to be of service and watch them succeed and step into their power."

"Mindset expert, Peggy Sullivan who is the author of “Happiness Is Your Responsibility” joins Bloom for a Mental Health Awareness month to help moms and women become the best version of themselves. Peggy is also the founder and president of national nonprofit, SheCAN, an organization helping women grow professionally & personally." 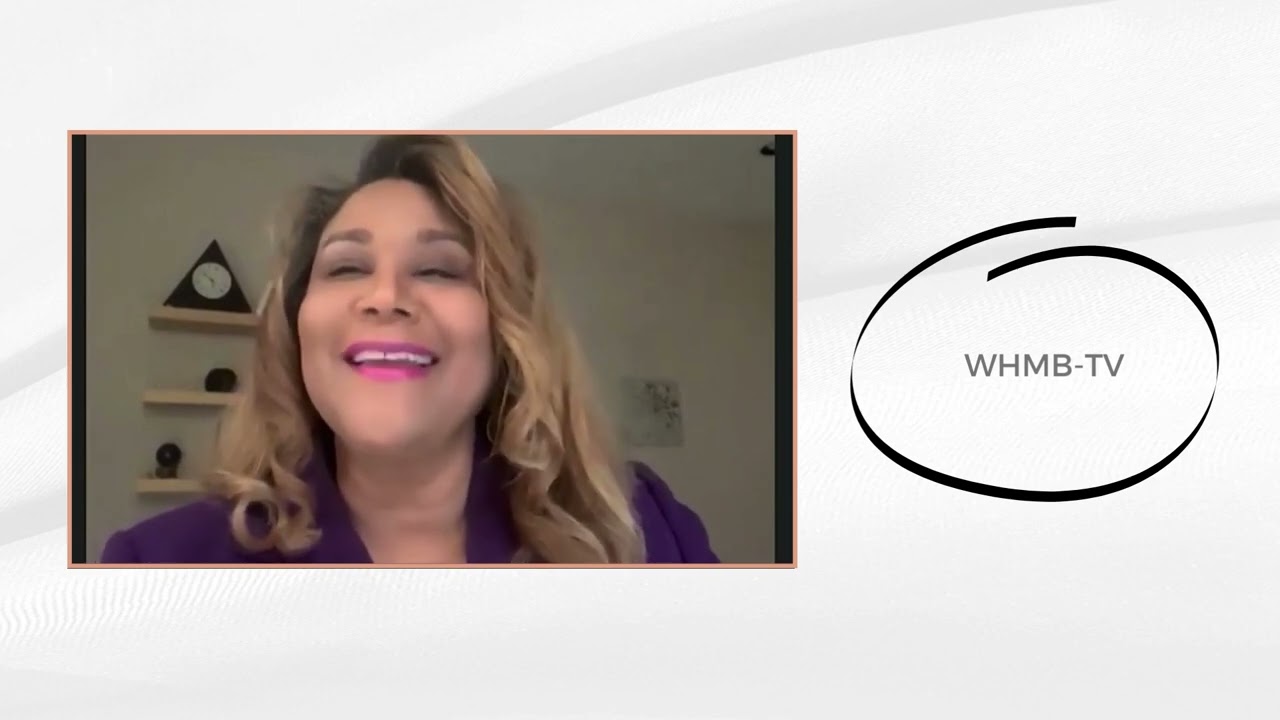