Flying embers is an organic hard kombucha brand that’s brewed with botanicals and probiotics. The drink is well-loved by millennials thanks to its refreshingly sparkling taste and health benefits. Flying Embers sought out the assistance of Publicity For Good to create brand awareness for them and deliver the message that their hand-crafted hard kombucha is a “better-for-you” alternative to alcohol. They wanted us to spread awareness about their expansion and distribution of new flavors, as well as deliver news about the kombucha industry. Ultimately, the goal is to transform Flying Embers to become a leader in the hard kombucha space.

In our 16 months of working together, we were able to collect a total of over 88 media stories that had a reach of over 699 million consumers and accumulated a total of 577 media mentions. Some highlights include top-tier media outlets such as Forbes, The NY Times, Marie Claire, Whole Foods, Food Network, Brewbound, Bloomberg, Fortune, Brit+Co, Spectrum News 1, CBS News, Liquor, Yahoo! and CBS. We were also able to book opportunities with many other outlets such as The Manual, KTLA Morning News LA, Refinery 29, Food Business News, Sunset Magazine, City Pages, and San Antonio Express News.

In total, we were able to accumulate a total publicity value of $926,000. Publicity For Good was able to secure Flying Ember’s leadership in the hard kombucha industry, allowing them to occupy 84% of the hard kombucha space. 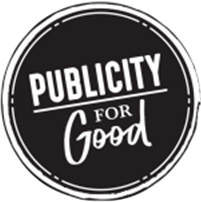